I have sewing since I was about 8 years old. Frankly, I was allowed to use the sewing machine by myself before I was allowed to cook on the stove by myself. My mom and great grandma both are avid seamstresses and I took a liking to sewing at an early age and never stopped. When I was around 14 or 15, I started seeing pictures float around on the internet of what I would later learn to be cosplayers and fell in love with the concept of dressing up as something from pop culture that I loved. When I was 16, I made my very first cosplay, Lulu from Final Fantasy X, and wore her to a local convention. I absolutely loved the feeling of walking around in my cosplay. Even though the craftsmanship was nowhere near what it is today, I was still proud of all the effort and time I had put into it and marched around with pride. I was also a shy kid, and wearing a cosplay helped me become more comfortable with myself and open up to new people and make new friends. I have been making cosplays and costumes ever since and I am only picking up more steam. Cosplay was also the gateway to my career path. I began an interest in runway fashion and couture sewing, and chose to go to college for fashion design. I used my previous experience cosplaying and used some tricks I learned to make my college garments and even got one of my pieces accepted into a national student runway show and another was auctioned off to benefit a local charity fundraiser. I graduated with a Bachelor of Arts in Merchandising and Design, with a concentration in Fashion Design. I worked hard and went on to be a Digital Artist for a local women’s apparel company, where I still work today. I use the skills I learned in college and on the job to further my craft and expanded my Etsy shop as well. It has been a great journey and I know I can learn so much more. I love that I was able to use my hobby to help myself in school and in turn I was able to elevate my hobby with what I learned in school. This journey has only begun and I’m only getting better.

Of course, things haven’t been smooth sailing. The first time I felt uncomfortable while cosplaying was when I was 16 and cosplaying for the first time in public. I was cosplaying a character named Lulu from the video game Final Fantasy X. The character is known for being busty and shows a lot of cleavage. I wasn’t comfortable showing that much, and I was also a minor, so I took some artistic liberty to make the costume more modest. I felt good about how I looked in the costume, and confidently went to the local convention in it. Throughout the day, I got several compliments on my costume, but what stood out more was all the gross and disgusting comments I got from grown men. They were saying things like “why aren’t you showing more of your tits?” and “come on, show some more skin!”. In the moment, I just shrugged them off and ignored them, but their behavior really got to me later on in life. I couldn’t believe those men thought it was okay to say those things to a stranger, much less a minor that was walking around with her friends and dad. They were careful to not say those things around my dad though, so they knew it wasn’t okay, but were careful to not get caught by someone that would say something. I plan on reprising that costume again in a year or so, so I will see if I get the same reaction from the public or not, but at least now I know how to confront those people and shut them down if I do get harassed again. The only other thing that has gotten in the way of my craft is lack of funds. I had to take a 3-4 year hiatus from cosplaying because I couldn’t afford anything, and was struggling to get groceries as well. That was a really hard time for my financially, but I have gotten through that. I graduated college, landed a good job, and now I have better control over my situation and I’m back doing things I love, including cosplay. I’m still pinching my pennies though; I don’t go to as many conventions as I would like, and the ones I do go to have to be close to where I live, and I have to spend a year making a cosplay to space out the spending of supplies. But regardless, the road is getting less and less rocky as the years go by.

I make costumes for me to wear, simple as that. I also make traditional art and craft some things to sell in my Etsy shop, but most of my spare time is dedicated to cosplay. I sew almost everything I wear for a cosplay, I dabble in prop making and wig styling, and I even taught myself some leatherworking. I’m always trying to learn and improve my own skills and learn new ones. I take a lot of care in picking and planning what I make next. When I’m at a con debuting my newest cosplay, I’m already thinking about what I’m going to be making for next year. I do spend a considerable amount of time making and researching a cosplay, but the most important part is picking who I want to emulate. Most of the characters I cosplay connect to me on an emotional level. Let’s use Blue Diamond from Steven Universe as an example. She is sadness and grief personified, and I immediately related with her when she first appeared on the show. I have struggled with depression and grief myself and it was refreshing to see a character embody those feelings in such a raw way. Viewers also got to see the many facets of grief as Blue Diamond evolved as a character and eventually came to terms and overcame her grief and sadness. I fell in love with her character and wanted to show my love for her by making a cosplay of her. Most of my cosplays have a special place in my heart in some way. It is a way to express a part of myself in an indirect and fun way. I do have a few outfits that don’t fall into the cosplay category such as my steampunk and lolita outfits, but I love their aesthetics and enjoy wearing them just for the fun of it. I am however exploring cosplay in different ways, which you can see in the Karl Lagerfeld photo set I have on Instagram. When I learned of his death, I immediately had conflicted feelings as someone who is plus sized and works in the fashion industry as my day job. So when I got home from work that day, I quickly pulled together an outfit to emulate his signature look and took some photos. I superimposed some of his controversial quotes over the images and posted them on my Instagram as a way to work through those feelings. Karl wasn’t necessarily someone I envied or enjoyed, but I felt that tackling those feelings with creative energy would be best for me. Last year, I competed with two costumes in two cosplay contests for the first time in 11 years, and I won a judges’ award for creative craftsmanship and a Best in Show award. I was so incredibly proud of myself and was so happy to be recognized for my hard work and craftsmanship. I don’t do this for fame and fortune, but winning awards that acknowledged all my efforts felt so satisfying. It wasn’t the top prize, but I knew I wasn’t going to win that, and frankly I didn’t care. If there’s anything I want to be known for, it is my hard work and attention to detail and perseverance when it comes to making a cosplay.

I struggle with this a lot. I spend months making a cosplay and I’ll still end up not being 100% happy with the result, even though everyone else thinks it’s great. All I can think of is all the things I did wrong, all the mistakes I made, and the things I would’ve done differently. I call this the artist’s curse: you aren’t happy with what you made because it’s not exactly what you saw in your mind’s eye. But I have to remind myself that the viewers have no idea what I saw in my mind’s eye, they only see what was put in front of them. If the viewers love what I made, whether it be a cosplay, an art print, or leather bag, then I consider that a success. You are your own worst critic. I call something successful if I made it to the best of my ability, because that’s all I can ask of myself. And my best is constantly evolving; I am always trying and practicing and learning new things to make myself better and to elevate my craft. Just work hard, learn from your mistakes, and keep going till you reach the finish line. If I made mistakes but never completed something, then I feel I wouldn’t learn all I had to learn from that experience. Although when I get stuck while making something, I step away and rethink things and ask for advice and help. Sometimes a new set of eyes are your best tools. I used to be so self-conscious about showing things that weren’t finished yet, but now I feel it is a great way to improve myself, by getting confidence from encouragement from the viewers. If others are happy with my work, then I have to tell the artist’s curse to hush and be happy with what I was able to accomplish. 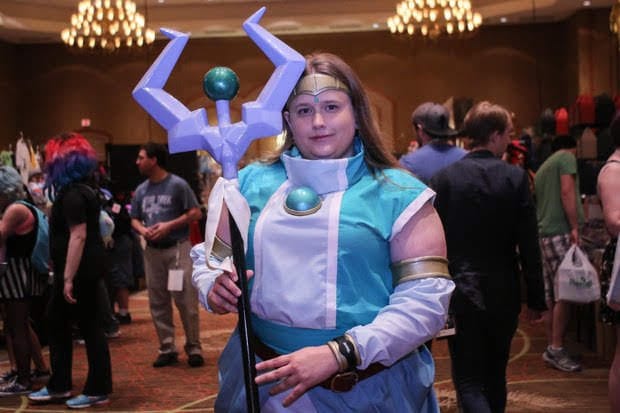 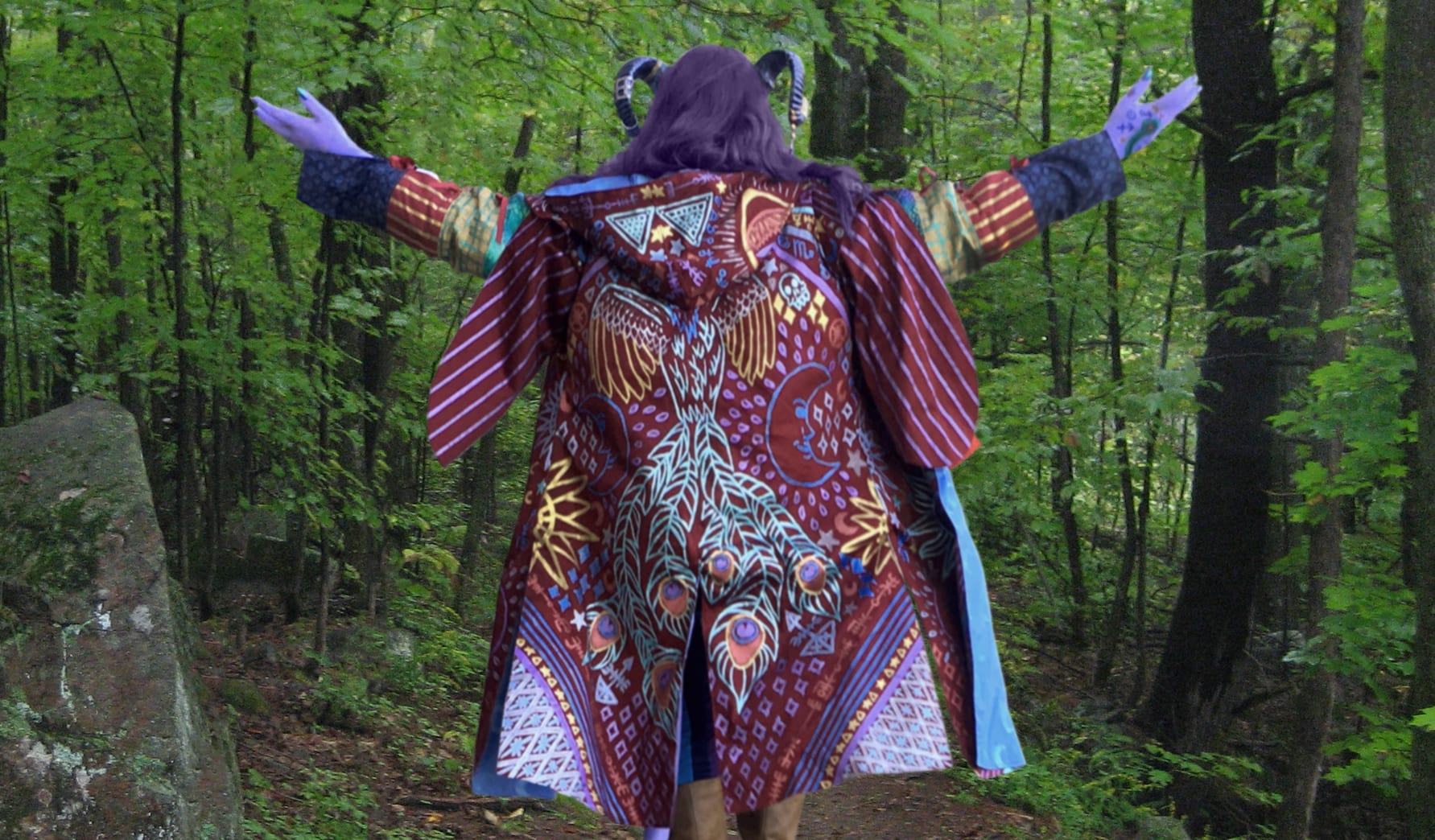 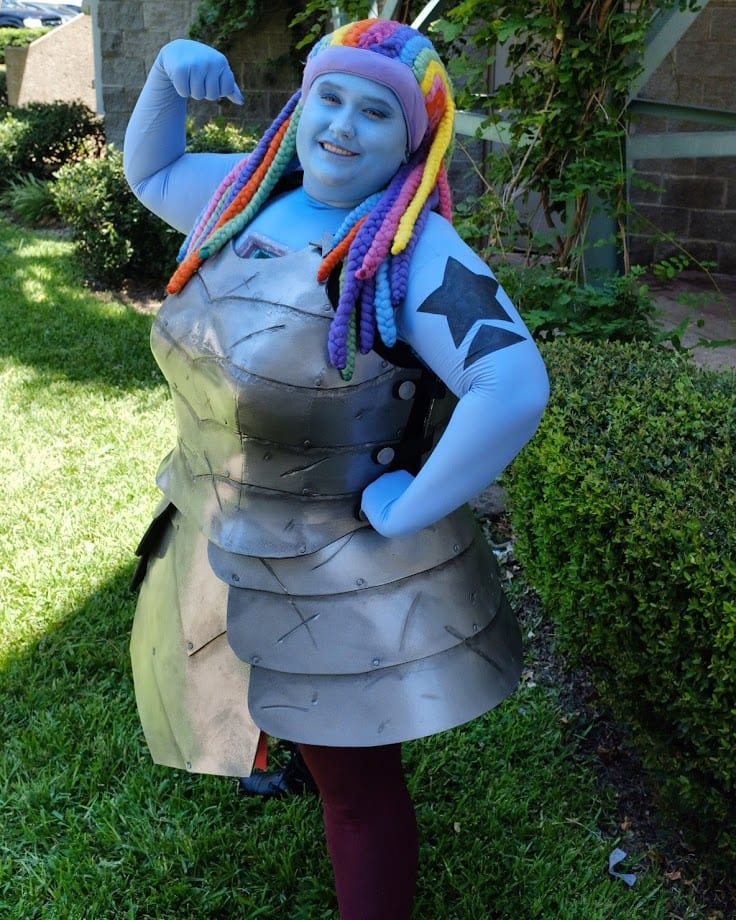 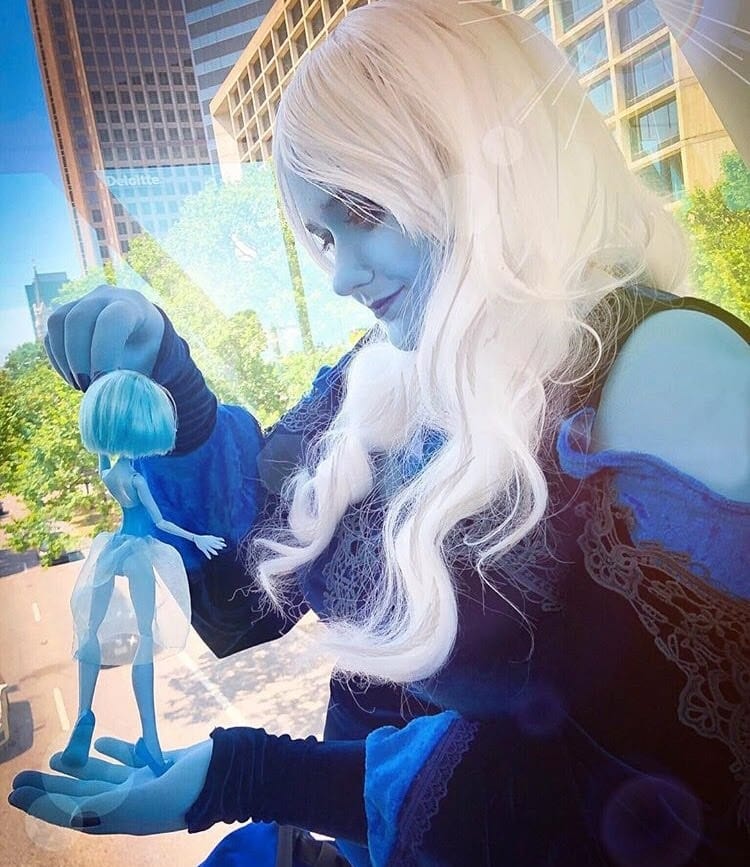 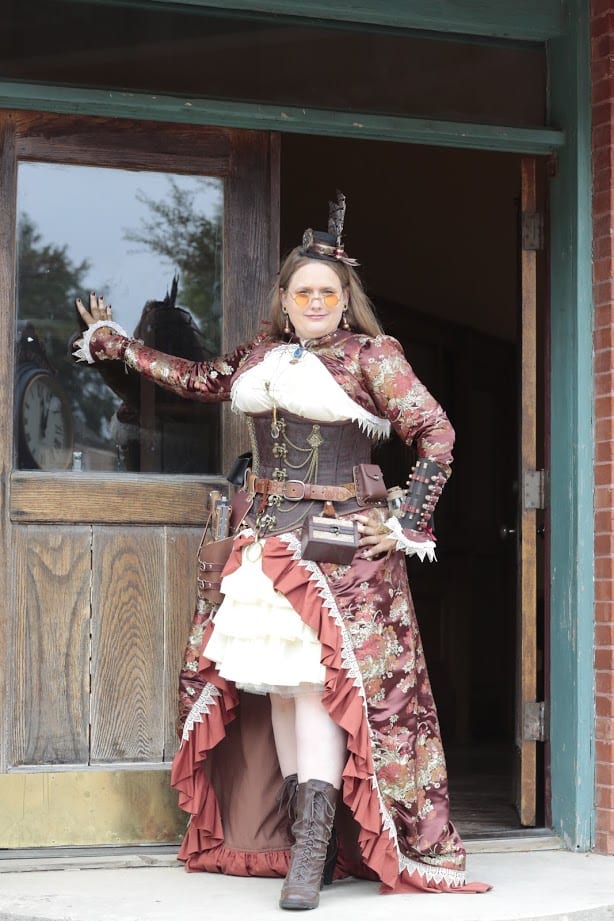 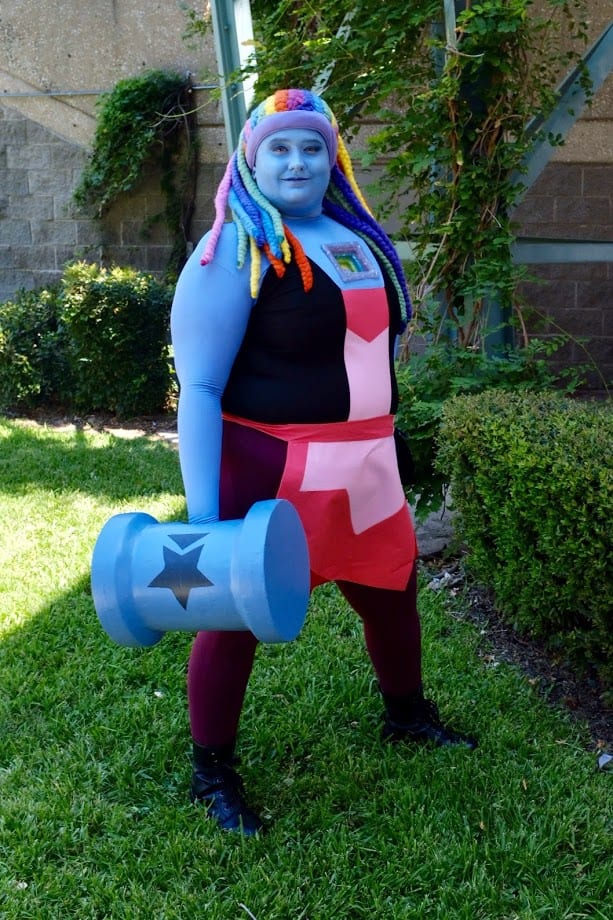