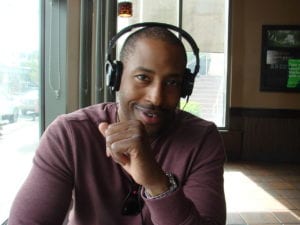 Dwayne Perkins is an American stand-up comedian from Brooklyn, New York, currently residing in Los Angeles. He is best known for his appearances on Conan, Comedy Central, and as a regular correspondent on The Jay Leno Show. In August 2012, he was selected by Rolling Stone magazine as one of their “Five Comics to Watch”.