Officially, Midnight Kahuna began as an idea in 2007, to bring exotic lounge music to Miami which would incorporate world rhythms and play small clubs. It was the brainchild of Rick Canut, main songwriter, keyboardist, and rhythm guitarist and Chris Castellanos, bass player. Rick and Chris had been playing live music in and around Miami since the early 1990’s in a variety of different cover and original bands. They got together in 1999, and played all over South Florida as the Canute band releasing one album, “Canute, Alive From East Drive”. This album included the small Tropical Rock internet radio gem, “Bearded Wonder From Down Under”. The band would become a staple at the world famous bar and club, Tobacco Road. There they developed a loyal following which would keep turning up time and time again, show after show. Now circa 2002, as the “Canute” band, the boys garnered up the attention of a small label closely associated with Sony Records after an A&R rep heard a couple of new Rock based songs the band was working on but, after some band personnel changes and a gap in live performances, the record label lost interest. The boys lost morale and the Canute band, dissolved. Chris continued to play music in a variety of different bands and Rick walked away from the music scene to start a family.

Fast forward to 2007. It has always been my opinion that you can walk away from any passion for a while but sooner or later, the itch of that passion inside you comes back out and when it does, it is usually stronger than before. Such was the case with Rick. The passion of songwriting never let up and in that period of the five year hiatus, Rick had been writing songs that incorporated styles that borrowed from every music genre. In a chance encounter with Chris, both musicians talked about the urge of getting back together and playing some shows. They both wanted it to be different and not the loud Rock shows they had become accustomed playing prior to their split five years earlier. They wanted something more relaxed with exotic synth based rhythms and conga drums. They wanted a new name and identity, something exotic and mysterious that would go well with the new musical direction they were planning. Something Hawaiian. Midnight Kahuna was born. They would play shows at midnight and they would be like wizards with the music they would play. A kahuna is like a Hawaiian wizard or sorcerer. Instead of beckoning the sounds of Sting, Billy Joel, Bruce Springsteen, The Who, Jimmy Buffett, or Bob Marley, they would beckon instead the sounds of Martin Denny and Les Baxter. It would be something the likes South florida had never seen before, or so they imagined.

This musical venture lasted for just one show for when they hit the stage at Tobacco Road for their triumphant return, they found their loyal base of fans had also returned, but, they wanted to hear the catchy original songs of the Canute band. They liked the new reggae and world rhythms but they also longed for the Rock that was energetic and fun. Rick and Chris found themselves playing those songs again to an overwhelming success. The idea of the lounge act was thrown out but the name, Midnight Kahuna, should stay. Everyone loved it and it could easily be branded.

Since 2007, Midnight Kahuna has played many venues and music festivals across South Florida as far south as Islamorada in the Florida Keys to as far north as Salt Springs in between Gainesville and Daytona Beach. They have graced beautiful stages the likes of the Hard Rock Cafes and not so beautiful stages the likes of those best not to be mentioned. They have had personnel changes over the years but the main players, Rick Canut (Songwriter, Lead Vocals, Rhythm Guitar, and Keyboardist), Chris Castellanos (Bass Guitar and Backing Vocals), Johnny Hutt (Sax, Flute, Hammond), and Carlos Fernandez (Lead Guitar), have remained constant over the last ten years.
The songs of Midnight Kahuna are about life. Sometimes funny. Sometimes serious. They are songs about love and loss. They are songs about politics. They are songs about having children. They are songs about being wild and free. They are songs about being young and they are songs about getting older. They incorporate the tropical sounds that permeate South Florida. The reggae, the calypso, the latin rhythms. The songs also incorporate the nitty gritty of the rock and the heat of the streets of Miami and Hialeah. Sometimes they beckon the sounds of old country Florida. Sometimes they beckon the sounds of jazz infused rock with a world beat. They are songs that have apparently hit a chord with a great following that the band enjoys seeing show after show. Midnight Kahuna doesn’t play covers anymore like they used to in the early days. They don’t have to. They’re songs get regular airplay on many internet radio stations all over the world. Their fans expect and want to hear their favorite Kahuna songs at the shows. The know them and they sing along.

What does the future have in store for Midnight Kahuna? As Jim Morrison once stated, “The future is uncertain and the end is always near.” We don’t know what the future will bring but as of right now, the future seems very bright for Midnight Kahuna. They are more popular than ever with a huge presence on internet radio and music videos on youtube. Their brand is growing with more and more fans joining the ranks and more and more sales at live shows which means more and more orders for inventory. If you include the Canute album of “Alive From East Drive”, they have released five albums and one EP with the latest album released on Christmas Day in 2019, called “Rock-N-Rolla”. Music videos are planned to be released for every song that is released as singles to the radio stations and live shows are coming to support those releases. Life is good right now in the time of Corona for Midnight Kahun and there seems to be no reason why that should change anytime soon. They are riding a wave that started back around ten years ago and for the time being, the wave doesn’t seem to be slowing down.

There are always struggles, deceptions, and hardships that you must encounter on any journey. The Midnight Kahuna journey has been no different. We have been courted by record companies who have tried to change everything about our image. We have been offered record deals that if we were to have taken them, would have left us with no rights to our songs at all and then, more than likely, we would not be doing this interview now. We have been approached by famous bands and brands who have come with the offer of something great only to turn into a total deception and and attempted grab of songwriting credits. All of these have happened several times over the course of the last 20 years. We have been disappointed many times but we have never been deterred. They only thing that really differentiates us I guess, is a determination and a flat out refusal to give up on the music and the joy it brings us and our fans. Where many bands have come and gone, Midnight Kahuna is still here living and loving. Maybe we are just stubborn…Nah!

This question is pretty much answered as part of the first two questions however, in short, Midnight Kahuna is a band that encompasses the musical persona of Rick Canut, singer, songwriter, creative director, and performer. The sound of Midnight Kahuna could not be possible without the dedication and talent of Chris Castellanos, Bass player, musician extraodinaire, and friend. He is my go-to for anything music and my right hand man.
We specialize in eclectic music that encompasses elements of Rock, Reggae, Country, and Jazz. It’s fun, it’s tropical, it’s corse, and at it’s very least, it’s good. We are proud that we have been going strong for 20 plus years with a very loyal following who pack our shows and patronize us by indulging in our art and music and by buying our merchandise. We are proud of our music legacy which now includes 5 full length albums and one EP with no signs of stopping any time soon. We are proud that we have survived and survived well without ever being considered mainstream. We are proud that we did it all our selves without the help of anyone in the music industry. We never compromised ourselves or our vision. We got this far with just our own determination and the best fans any group could ask for.

Success is indeed something that is measured in many different ways. It’s different to many people. My measurement is probably very different from lets’ say, someone starting out in the music business, a wall street banker, or a Bill Gates. In order to measure success, one must have priorities in life that are met above all else. For me, this is the order of my priorities, God, family, freedom, independence, and then everything else. Notice I didn’t say money. It’s not that I don’t like money, I do. I like it very much. I just have a lot of other important stuff that comes before it. My relationship with God is the most important. Am I good with God? That is the first questions I ask before I begin something and when I conclude. If I am, I continue, if I’m not, I have to fix what is wrong before I go any further. The very same questions have to be answered involving my family after that. Than comes the issue of freedom and independence. Do I have to sacrifice or compromise my freedom and independence? If the answer is no, than I move on. If I can move on after that, I consider whatever venture in my personal or professional life to be a success. In today’s world, it can be hard very hard to be successful by following those guidelines. I am happy to say that I have found success under these guiding principles. 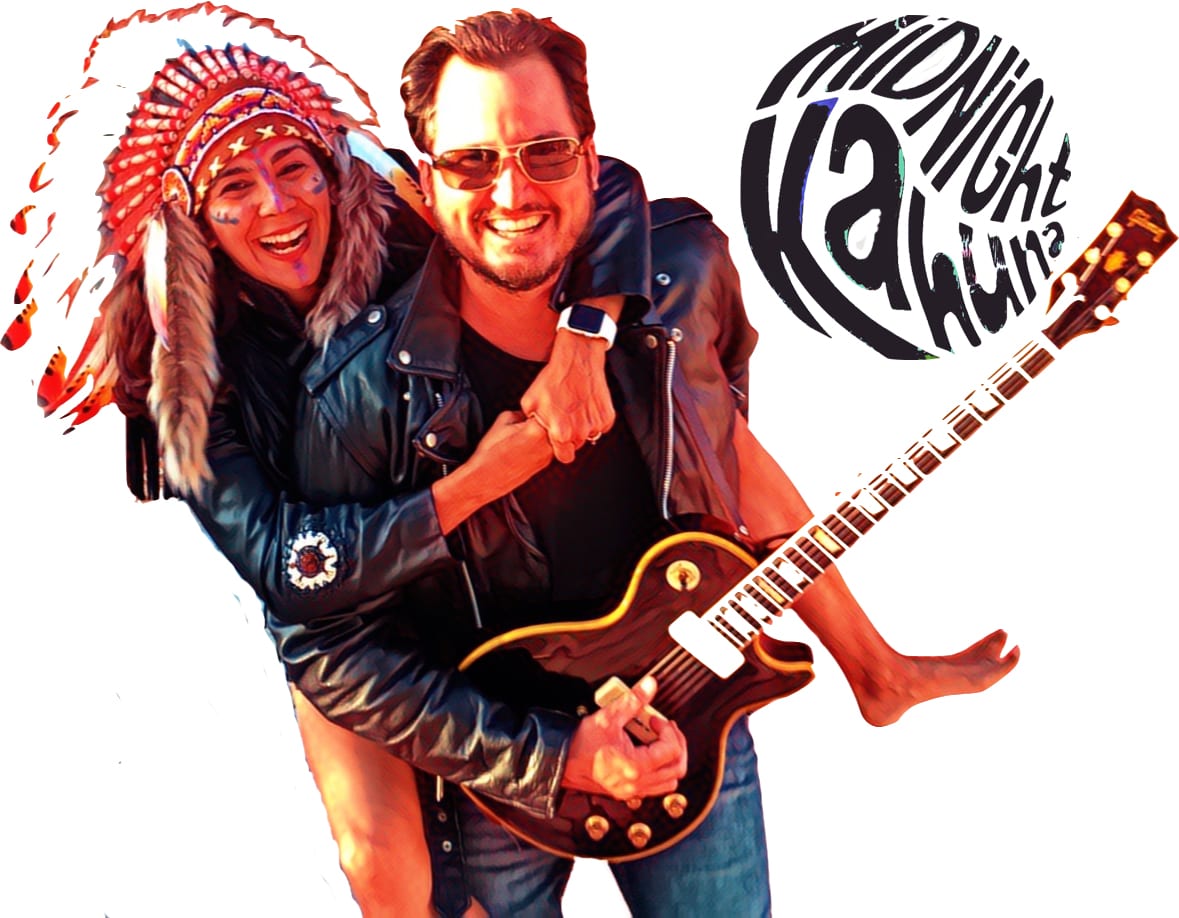 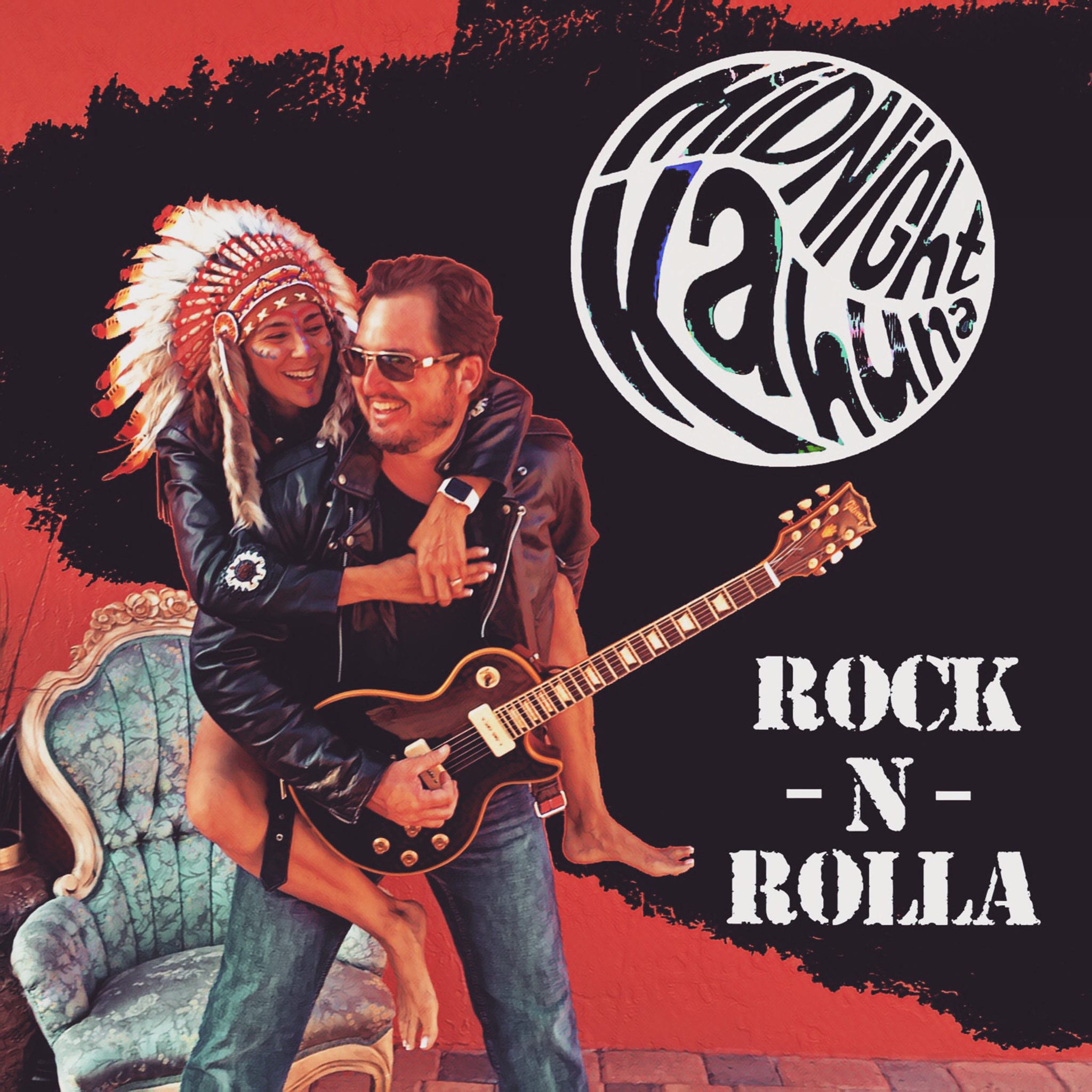 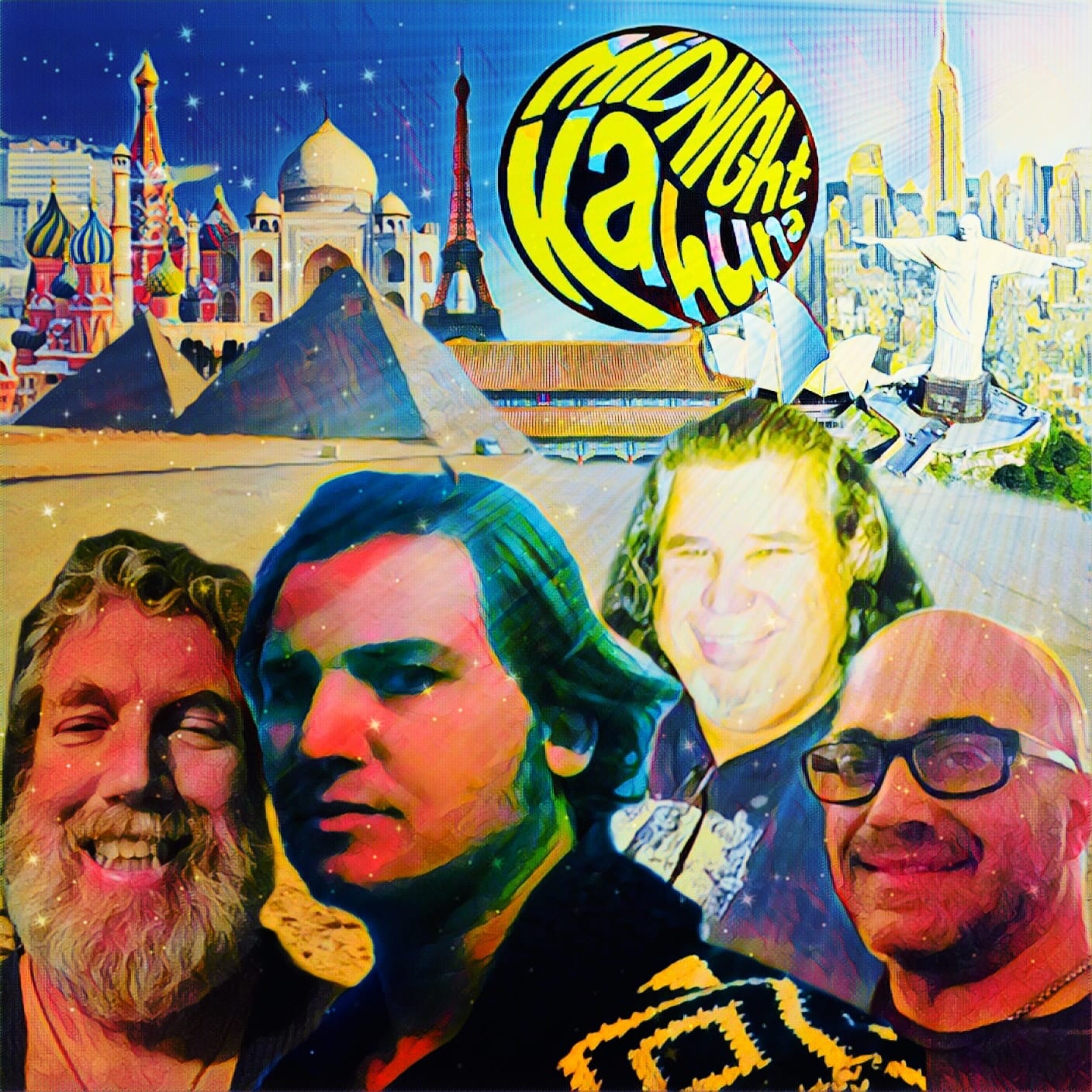 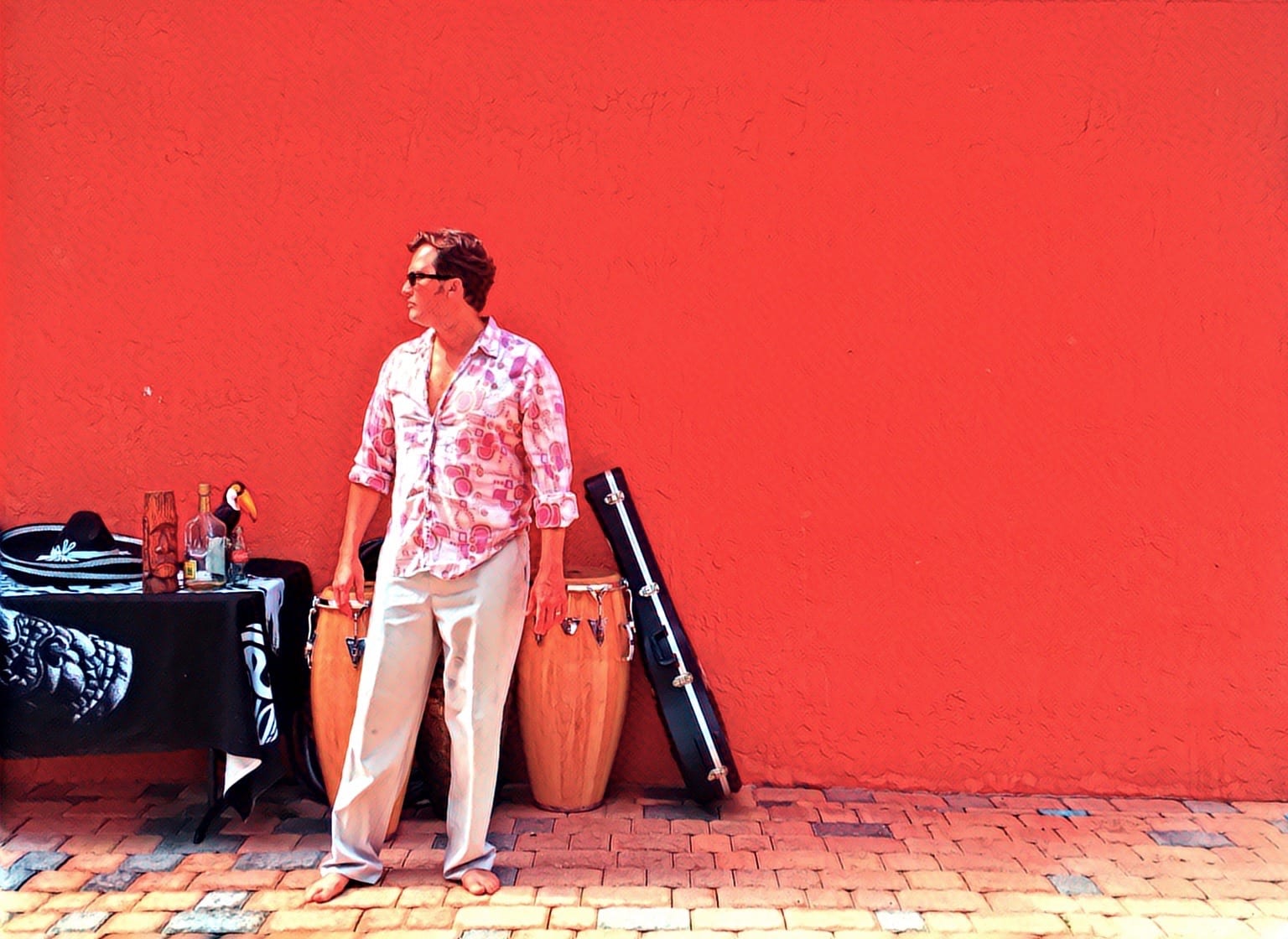 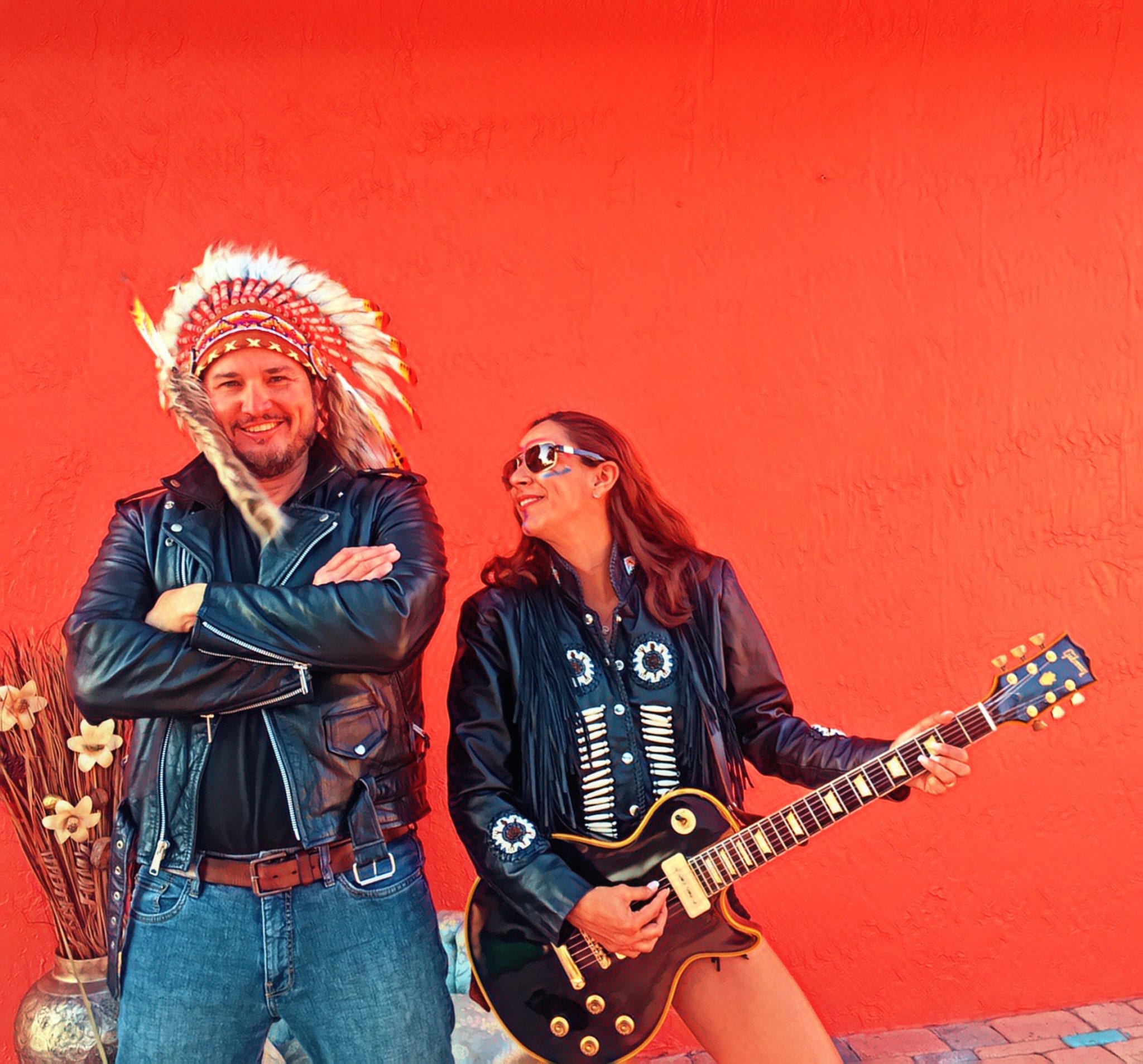 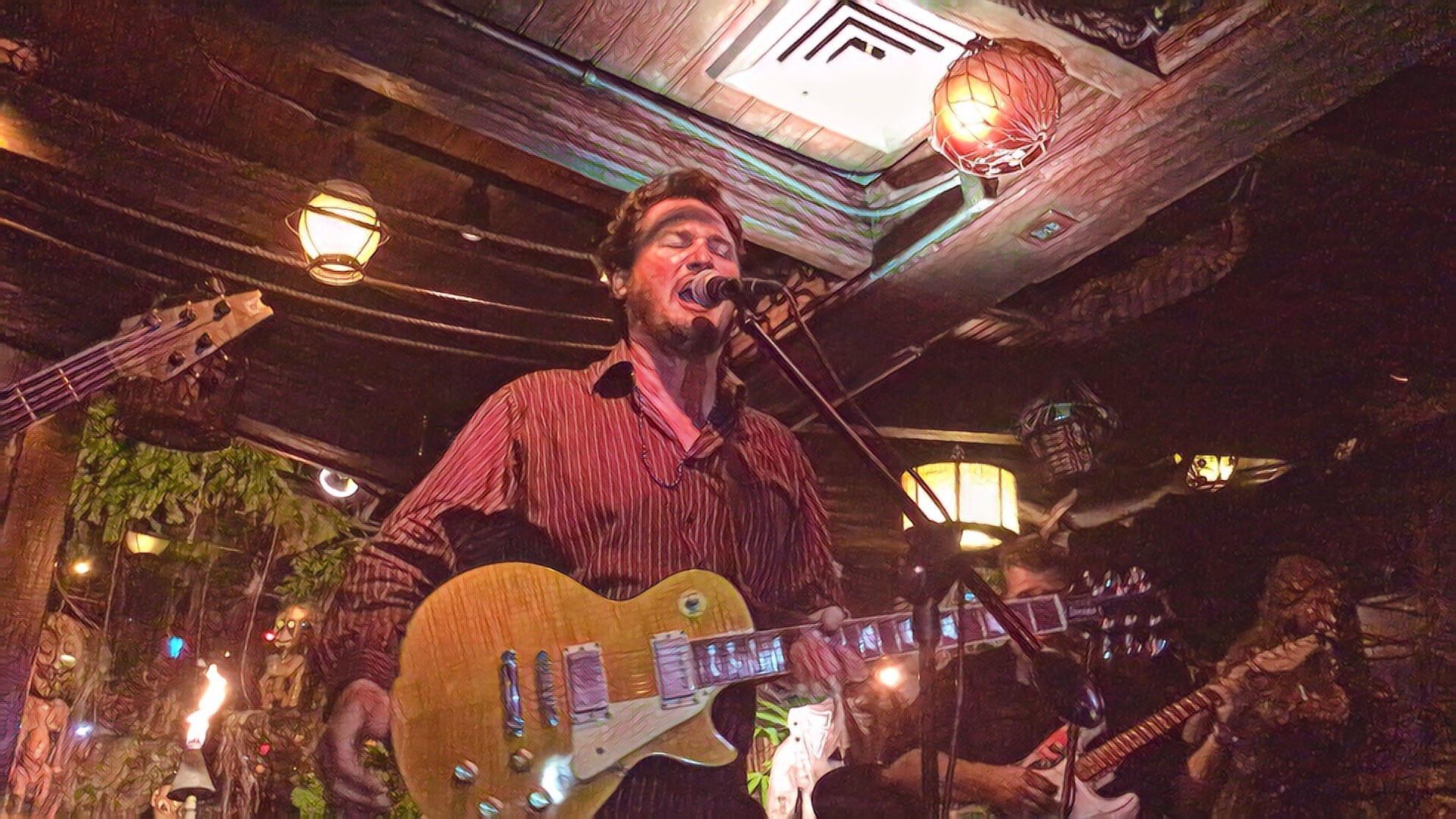