Creating art was always a desire of mine. I experimented with many kinds but constantly came back to writing, mainly poems. And then directing came along and I knew I found the things I’m supposed to do.
During my military service in the Israeli army, I had a folder on my computer with hundreds of poems. One day my commander told me he saw it and read a few. I was worried he might get angry, but instead he showed interest in them. I was an Operation Sergeant in the West Bank, so it wasn’t like he was expecting to find that.

I studied Communications in undergrad and majored in visual content. During that time, it became incredibly clear to me that I need to study film. I began writing stories and found my voice, but I wasn’t ready to make the move to LA just yet. So, after graduating I worked in the Israeli news covering war and terror among everyday issues, and on documentaries that dealt with terror attacks in Israel. It was extremely interesting, but I realized it wasn’t what I really wanted to do. That time, however, left its mark on me and it is why I write so much about terror and war today.

Something broke inside of me during the Tzuk Eitan war in 2014. Writing was my relief. My short film ‘Something to Live For’ was inspired by that. The film revolves around a pregnant Palestinian woman whose husband died in the Israeli prison. With the help of Hamas, she plans a terror attack to revenge his death. The premature birth of her baby makes her reconsider, but will Hamas let her off the hook?

I moved to LA at 27 years old and got my masters at USC but went back to Israel in the summer of 2018 and shot the film with a talented Israeli and Arab crew and cast. It was a rough and beautiful experience. The film screened in prestigious festivals around the world and now I’m working on the feature version.

Everything in this journey was a struggle. From leaving my life behind and moving halfway around the world at the age of 27 in order to start school again – to climbing my way up in this industry that waits no one, and is already flooded with working people. On top of that, every production poses new struggles that you need to overcome. Shit always hits the fan and there’s no time to waste. If at the beginning I needed time to think, consider and even let myself wallow. Now I operate, fast and efficient. Knowing that it’s up to me to fix it and that if I keep going, this will happen.

An amusing example was during production for ‘Something to Live For’. We read online that a massive last-minute planned protest was about to take place in a few streets, including the one we were about to film in. And our scene included a terror attack in the middle of the street. There was no way of knowing if they’ll reach our designated area and the city wasn’t answering since Shabbat entered. Of course, it’s funny now, looking back at it, but it wasn’t at the moment. I got on a bike and travelled through Tel Aviv looking for a new street to film in that will have the exact attributes we needed. The morning of, as we drove to our new location, I saw the press setting up in the exact spot we were supposed to film in. I was relieved we didn’t risk it and just laughed at the number of things that can and does find a way to go wrong.

I think coming here at an older age and having experienced a few things in my life, gave me the ability to face obstacles and endure them. Sometimes it felt as if LA was putting me to the test, asking how badly I want to stay here. Challenging me with events I doubt I ever had to face back home. But every time you push through it and overcome, you learn how strong you are. It’s really not a cliché to me anymore.

I’m a writer/director, and in my work, I usually gravitates towards drama and action. I tend to write about topics that are very relevant to our everyday lives. Like I’ve mentioned before, I worked in the Israeli news and on documentaries that dealt with terror. That inspired not only my short film, but my feature script as well. ‘Project Fog’ takes place in Gaza and Israel, and through a father-son relationship we see how complicated the Israeli-Palestinian conflict is and how many lives it affects.

I’ve also started working with ACT.IL, an organization founded by the Israeli American Council. We recently shot our first PSA that aims to raise awareness to the increasing antisemitism in the U.S. and to get Americans to join us as we fight the hate around us.

I like taking on complicated subjects that are important and should be heard. So, for our first out of many planned PSA’s, we shot something very special that is both frightening and emotional. We struggled with finding a location to film it in at first, since so many of the Jewish congregations here are afraid of attracting unwanted attention. It was sad honestly. I visited so many synagogues during pre-production and saw how much the rising antisemitism is affecting them. That just proved to me that we must peak up.

I also create commercials for businesses that save animals. I take pride in being able to help organizations that promote acting and caring for people and animals. I feel lucky to be able to pursue a career I love, while also using my skills to do some good.

I find myself working on various projects, some with a clear public statement and some with a beautiful artistic one. That’s part of the beauty in this business, there are so many possibilities.

I measure success differently for each project, based on the goals we set for ourselves. Whether it’s screening in certain festivals, getting the number of views we planned, the attention we wanted or the press we aimed for. I work hard to make the clients get what they came for. Their win is my win. 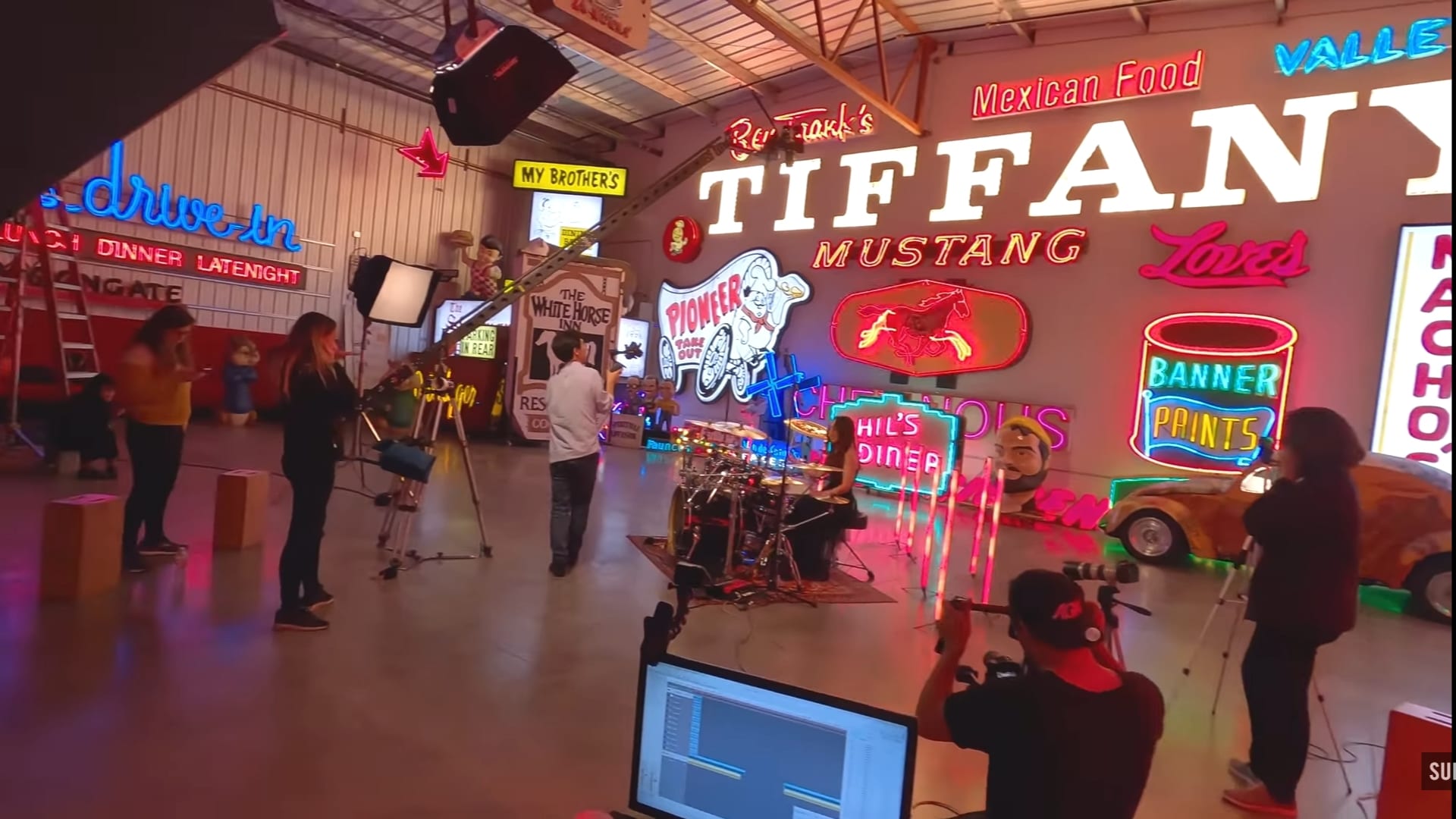 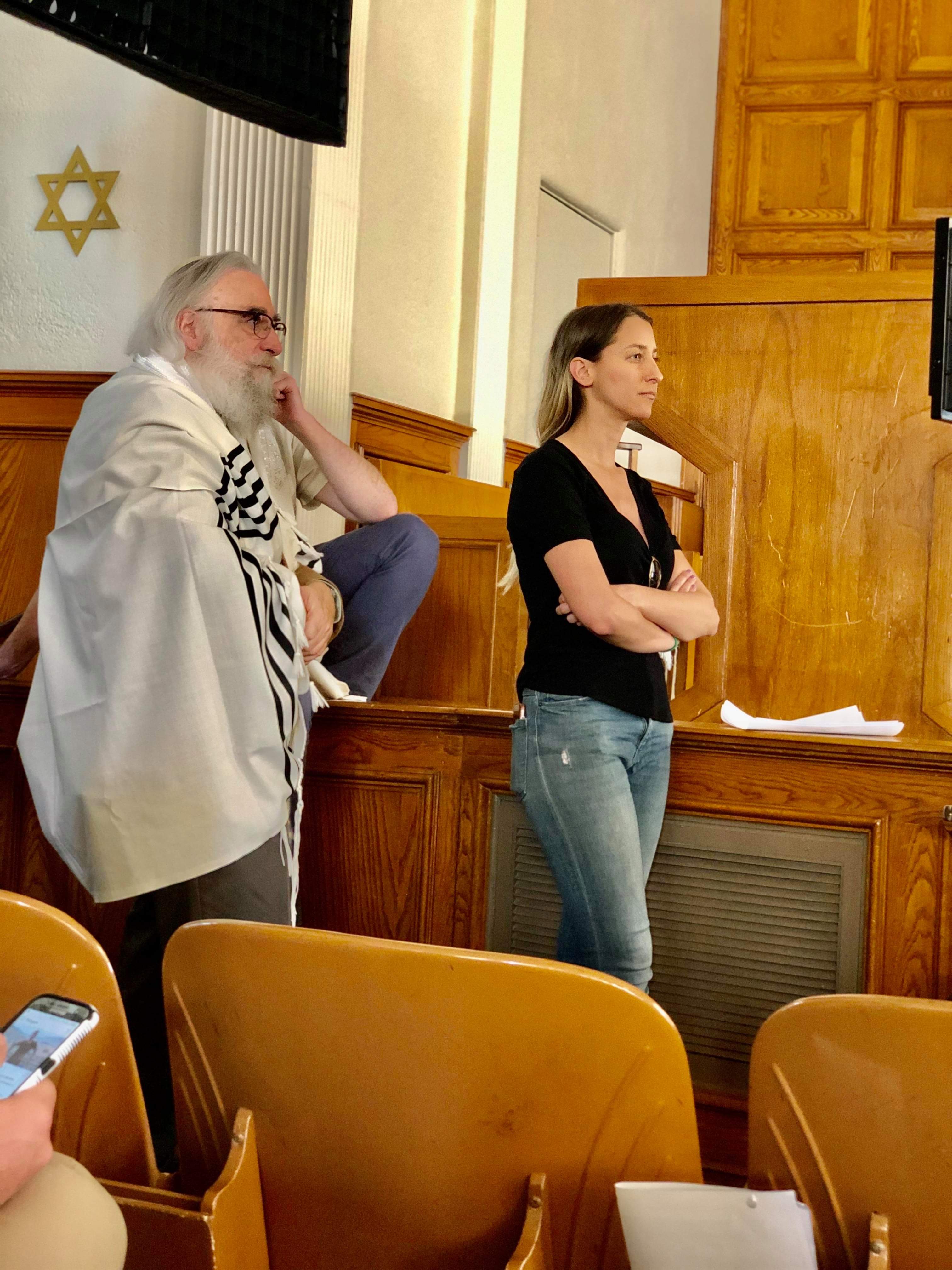