My inner dialogue was brutal: “what if they think I’m stupid? What if they judge me? What if they say I’ll fail? What if I do fail? And I’m not pretty enough, skinny enough, good enough — I’m not enough.” It’s proven we speak to ourselves worse than we do our greatest enemies, when it would serve us best to be our own best friends.

I grew up as the fat girl, severely bullied, and would eat my lunch alone in the bathroom. I hated myself. I thought I was worthless. I never felt I belonged. All I longed for was to be loved and accepted. This ended up leading down a road of loving and accepting myself, but that took time.

Fast forward and the first company I started — it was a massive failure. Two years of our time, $200,000 of our own money, and only three customers. It was a hard blow and mentally very difficult to bounce back from, and it was during the great recession, so there were no jobs available and I felt really scared — what am I going to do now? I was getting my MBA and all I could find were administrative positions.

But sometimes, from scarcity spawns creativity, and a lightbulb went off. That first company failed due to many reasons but most importantly a lack of community; we had no support system, no community. So an idea hit — what if we built a space for people like us? An “AA for Entrepreneurs” so to say, (since we are a different breed) where we would have access to resources, and can be around like minded energy? And thus the idea of Coloft, my second company, was born.

Coloft was the first coworking space in Los Angeles, before even WeWork existed, that ended up building the Los Angeles technology ecosystem as we know it today. When we started Coloft, there was literally no activity happening in the LA tech scene, now it’s ranked number three in the world in terms of startup growth. Over the four years I was at Coloft, we had over 1800 alumni, including Uber LA, Instacart, Ziprecruiter, and the early Tinder team. It became ground zero for LA Tech and it is how I got the nickname the “Godmother of Silicon Beach”.

So as the story goes, my business partner at Coloft was my ex-husband, and I ended up losing Coloft in our divorce. I basically lost my marriage (even though I chose to leave) and my company in the same breath, and I felt completely lost and destroyed. Anything I had identified myself as I no longer was, and I didn’t know how to continue. I didn’t know who to be. I didn’t know who I was. To add to that, my sons (twin boys) were only 1.5 at the time. Single mom, lost and scared.

I went through a depression. Not gonna sugar coat it. It was painful and hard. And once my divorce was compelte (took two years), I began my journey in the transformational world. I began reading books about transformational change, mindset, and attending transformational and personal development seminars. Coupled with working with a coach I hired, I ended up going from being in the fetal position in my bed, lost, depressed and zombie-like, to only nine months later, I am in Kuwait, on behalf of the State Department, working with the US Ambassador, and he is asking me what I think they should do — and I thought to myself “THERE SHE IS!” It was such a powerful transformational moment when I realized, finally, the truth of who I am, and that I had been the one that held myself back my whole life due to my own limiting beliefs and my own self doubt. And that’s the moment I decided I wanted to become a transformational coach, and dedicate my life to helping other women find their power and find the truth of who they are.

And so now, almost four years later, I am certified in Advanced Spiritual Psychology, and am a global speaker and an Executive Transformational Coach, and I get to help women tap into the truth of who they are and become the best they can be. Helping people see the truth of who they are… a powerful, divine being. Specifically, I Awaken their Divine Feminine Leader, which is the most powerful aspect of a woman, that already resides within her, and simply needs to be awakened. I’ve worked with countless women, and all their transformations have been nothing short of miraculous. When I see a woman awaken to the truth of who she is, the beautiful perfect being she is, I feel so incredibly fulfilled.

So it’s no mistake that I went through such a hard period of time, and that I had to go through most of my life feeling like a failure, feeling unworthy, and feeling as though I wasn’t enough. It’s because I had to take those misbeliefs, and heal and transform them, so I can help others tap into their divinity as well. And as a result, I am so incredibly grateful for every aspect of my life up until this moment, for the difficulties and uncertainties that led me to the truth of who I am. My advice to everyone is to always believe in yourself and to always build yourself. Invest in yourself. You are worth it. You are an infinite possibility and everything is possible when you believe in you. I mean hey, if I could do it, the fat, bullied girl that never believed in herself and never felt like she was enough, then so can you. <3

My company is Cam Kashani Inc. I am an executive transformational coach and global speaker that focuses on women Awakening their Divine Feminine Leader. They become empowered, intentional, and transformed and as a result, live a happy, authentic, and successful life.

Success to me is loving myself fully and living from love as well, and as a result, living a life of absolute abundance and joy. Making all my decisions from love, as opposed to fear. It took me YEARS to get here. It is a muscle that I built within my mind, but now that I am here, the feeling is one of absolute gratitude and inner peace. I get to help people love themselves, and I get to live an abundant life doing it. 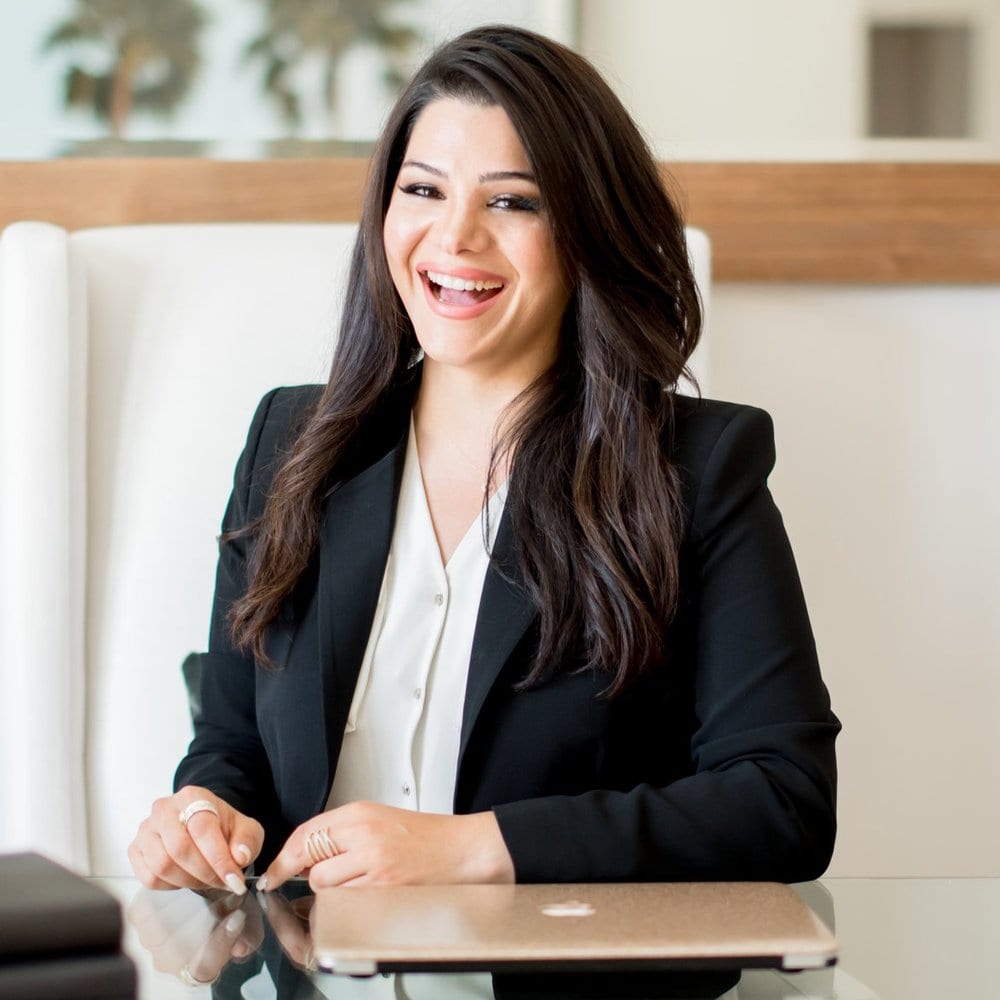 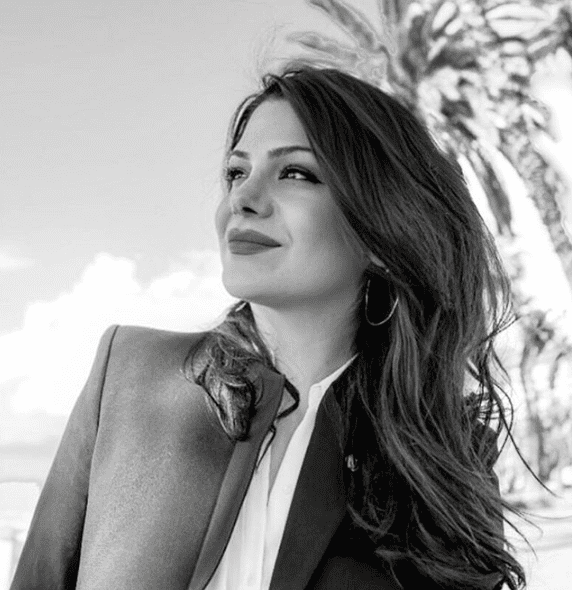 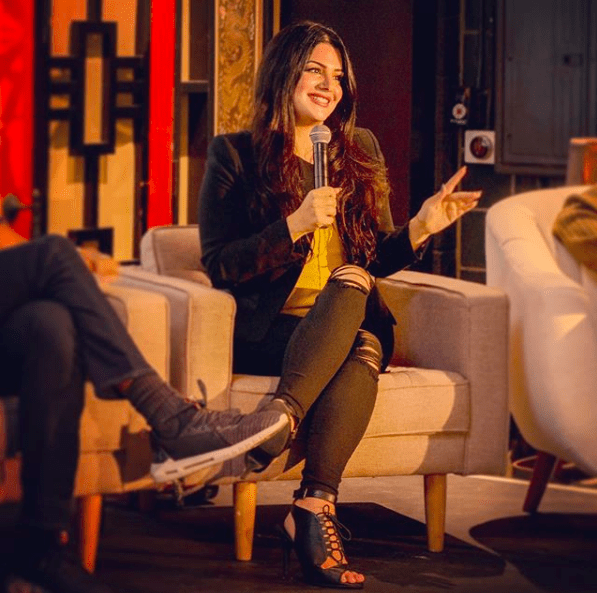 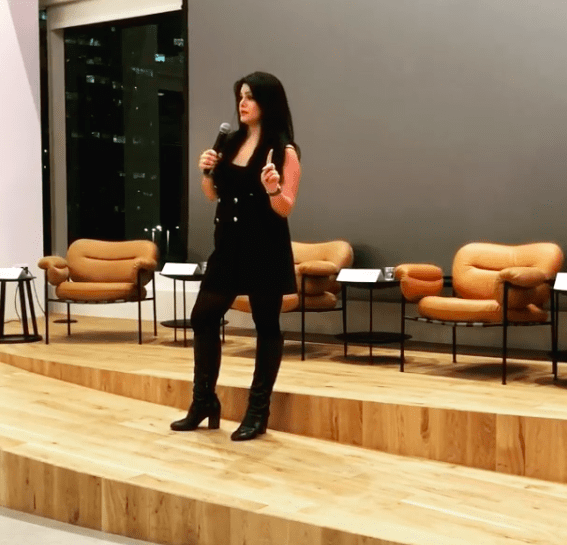 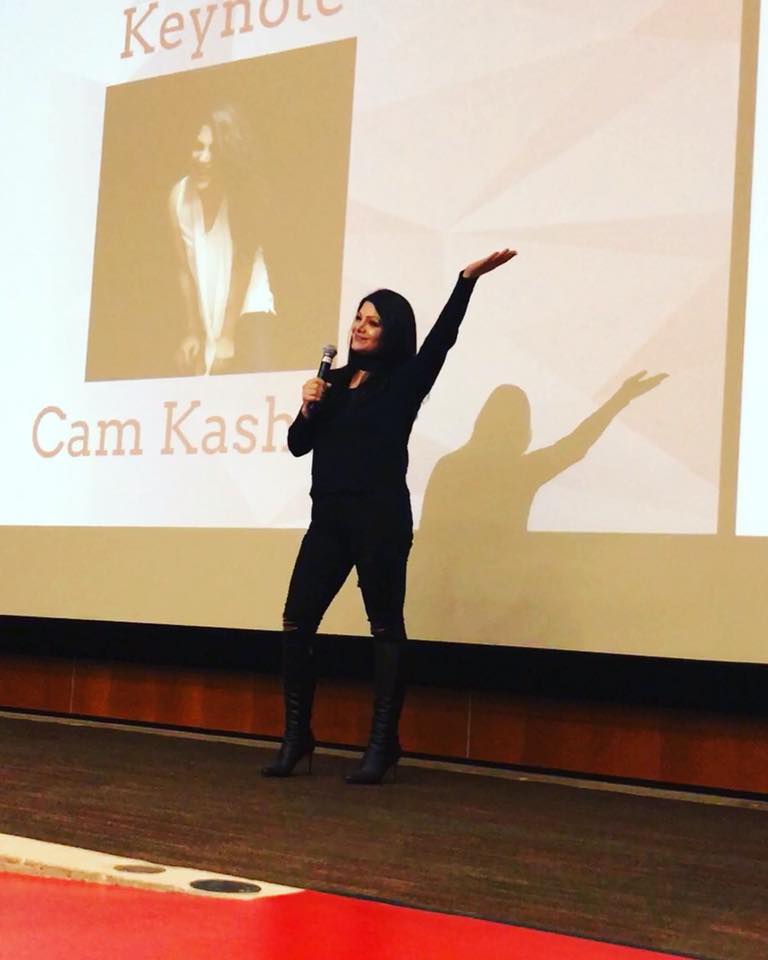